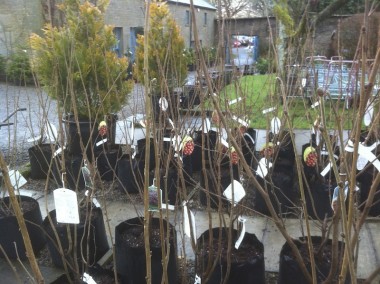 My sister was never classically beautiful, more mythological in her attractiveness…. Perhaps best described as half man half moose, yet somehow in 1971 she wangled her way to being crowned Whit Queen. (How they got the crown over those palmate antlers remains a total mystery). I am of course joking (partly)

We lived in the village of South Harting where the custom was to walk in a procession carrying Hazel wands to Church on Whit Monday, there the vicar would give a sermon before the queen was crowned, after which the majority then indulged in respectable amounts of drinking, fighting, and fornicating. That aside, I never got to the bottom of why Hazel figured so largely.  The woodlands that clothed much of the slopes of the South Downs in which Harting charmingly nestled were filled with Hazel, it was coppiced on a huge scale right out to Midhurst, Goodwood, and Chichester. Thousands of acres used for nuts, furniture, pea sticks, bean poles, trug making, staffs, crooks, firewood, charcoal, and thatching. Its place in folklore is well documented by whimsy and magical notions throughout these islands. The Gaelic word for Hazel is “Coll” a name found throughout the West of Scotland as both placename  such as “Isle of Coll” or family names like “Colquhoun” whose badge features the Hazel. The Celts considered the tree to be equated with wisdom, a popular tale being that of an Irish Druid who cooked a salmon, a revered fish amongst such men, believing them to eat hazel nuts that dropped into the rivers thus gaining the trees wisdom also believing the spots on a salmon equated to the number of nuts it had swallowed. During the cooking some juice from the fish spattered onto his apprentices thumb, the lad instinctively put his thumb in his mouth to cool down consequently gaining the fishes wisdom. This boy was called Fionn Mac Cumhail and was to become one of Irelands bravest leaders…. or so the story goes.

At Eggleston hall Gardens we are planning a Hazel Grove for the coming autumn, it is a lovely tree with so many uses and so much history that it would be good to get back to our past and maybe rekindle a love affair with this simple easy to grow plant.

Cobnuts or Filberts? To understand the difference we need to understand the parts. The “husk” is a papery case surrounding the “nut” (The bit you put into your nutcrackers) within this is the “kernel” (the bit you eat). Cobnuts (Corylus avellana) have a shorter husk with the end portion of the nut on display. Filberts (Corylus maxima) present with a husk extending well beyond the end of a much larger nut, they are perhaps less prone to reduced cropping after severe winters but both generally produce well.

Pollination is helpful but not essential as hazels are monoecious, which is a posh way of saying self fertile if looking to impress. They have male (catkins) and female (flowers) on the same plant, however, much like humans they don’t always blossom at the same time, an annoying habit best served by the introduction of another variety to aid pollination and enhance cropping. I helped plant many hazel groves back in the seventies and at least four varieties were always used, though for non-commercial planting one or two will provide a good few bowls of nuts to squirrel away for Christmas….. Talking of squirrels they are perhaps the worst enemy of the nut grower, you can try dangling cd’s out of the branches to frighten them, I’m told the Spice Girls greatest hits works well. Personally I would, as with rabbits, shoot them or for rabbits buy a good Jack Russell. Wild bunnies and squirrels cannot happily coexist with the gardener no matter what we might hope for in utopian dreams. Other problems might include weevils, aphids, and occasionally powdery mildew, for which there are many chemical remedies all generally best avoided unless the problem arises with a degree of severity. I have never known the need for any remedial action

Pruning can be as easy or complicated as you like. Traditionally hazels are “brutted” a method that involves half breaking long shoots (about a third down from the end) leaving them hanging on the bush or tree. This reduces excessive vigour, lets more light in, and encourages the formation of female flowers on the nut bearing shorter growth, think of it this way, all the energy that would have gone into extension growth will now go into procreation by the formation of these flowers, thus improving both size and yield of your nuts. If you’ll pardon the expression. You would do this during August on mature plants after about the fourth or fifth year from planting. All brutted branches are tidied up in winter by cutting back to three or four buds from the base. If however yield is not a priority or its too much trouble forget any pruning and accept good years along with not so good years.

Propagation can be through a variety of methods. Cuttings, suckers, seed, or layering, or even the old propagators favourite of dropping, all these methods are available on the internet, though if you ask at the gardens we will explain.

Varieties really are a personal thing regarding your priority, is it yield or flavour. At Eggleston we grow four varieties; Pearsons; Webbs; Cosford; and an old red form that nicely ornamental as an added bonus. Good stooled plants around 3 years old will cost you £16.50 and are the genuine article originally layered from plants of known provenance.

There is no more to say other than cracking your own nuts on a bleak midwinter evening is for some, one of life’s little pleasures.