A new sight in every field?? 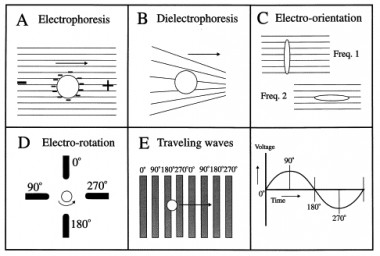 From time to time scientists have turned their thoughts to the question of electricity in connection with the soil and plant growth, and numerous experiments have been carried out. The main object of these experiments is to try to rob the atmosphere of nitrogen and convert it to nitric acid, in the hope that plants will not only grow bigger and better but much quicker than at present. The actual cultivation of the soil itself on scientific principles does not appear to have been considered in these experiments, all of which seem to aim at getting as much out of the soil as possible without having recourse to physical labour. When it is remembered that a man who digs 1 acre of ground 1ft deep turns over about 1340 tons of soil in 10 to 14 days (more or less) at a cost of a couple of pounds, the idea of the “electrical” cultivator is apparently to save the trouble and expense.

A wire is taken from the dynamo to a shed in one of the fields which are to be electrified. This shed contains apparatus for transforming the electricity to high tension, and also the vacuum valves, the network over the crops consists of a kind of gridiron of wire, supported from each pole with larger insulators than those seen on telegraph poles. The poles are 70 yards apart in the rows and 100 yards apart between the rows. The thick telegraph wire is extended down the rows, with thin wire...to encourage leakage...at every 10 yards. The thin wire is invisible 20 yards off. There is a slight fizz, caused by the electrical discharge, and in walking beneath the wires a slight sensation may be experienced. At night there is some glow. If a wire breaks...this does not happen often...anyone picking it up would receive an unpleasant shock; but though there are obviously possibilities of electrocution in the high-tension shed, there is no risk to life in the field. The apparatus can be managed by a boy, but it is necessary to make sure from time to time that there is no interference with the proper discharge of electricity due to leakage down damp poles or to defective insulators.

It is claimed for this electrical process that there is an increased yield accompanied by accelerated production, and that lettuces are a deeper green.

It is always wise to pay attention to experiments, even when carried out by those who have little or no training in horticultural practice, but we have no hesitation in saying that £6 or £8 per year spent on trenching an acre of ground 2ft to 3ft deep would yield larger supplies of nitrates and crops immensely superior to anything that can be achieved by “electrical” culture.

***Bugger me, its generally accepted to convert currency from 1912 to todays value you multiply by 60***